The History of Cigars 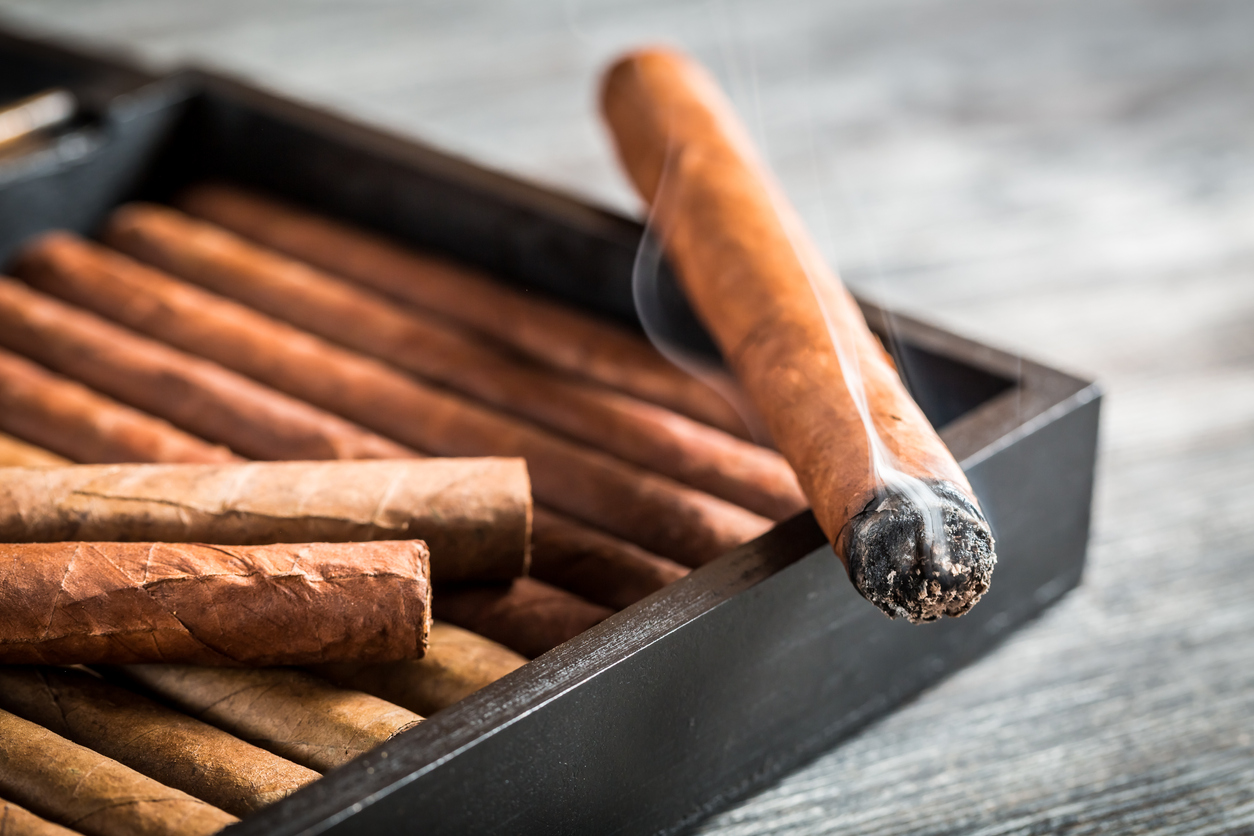 You thoroughly enjoy your cigar after a good meal, taking part in what has long been a tradition around the world. There’s a lot of history behind the cigar, with many famous smokers known for their obsession to this relaxing pastime.

If the artifacts have it right, the earliest sign of cigars can be found in Guatemala in the 10th century. A ceramic pot from this era shows the image of an ancient Mayan smoking a bundle of tobacco leaves. Jump to 1492 when Columbus sailed to the Americas and discovered tobacco, taking it back with him on his return to Spain.

The Spanish quickly learned how to wrap dried tobacco in specialized paper – smoking became a refined art not only in Spain but very quickly around Europe.

In 1560 tobacco was introduced to the rest of Europe by Jean Nicot of France – his name is where we get the word “nicotine”. The pleasure of smoking quickly moved to the UK and other countries in Europe. However, smoking tobacco was not seen as acceptable by some. Both King James I of England and King Phillip II of Spain considered smoking to be an evil pastime. Despite their protests, smoking tobacco increased in popularity, with more and more companies forming to grow the product for commercial use.

Cigars were first manufactured in Spain, but it didn’t take them long to find out that Cuba had the ideal growing conditions for tobacco. And it didn’t take long for Cuban cigars to become coveted around the world, which they still are today. Meanwhile Spain pushed back, wanting to remain the leader in the cigar industry. This forced some cigar manufacturers to relocate their business to the state of Florida, where growing conditions were also superior. By the mid 20th century Tampa Florida was well known as “Cigar City”.

Throughout the United States cigar smoking became more and more popular. The famous author, Mark Twain, was known to have said, “If smoking is not allowed in heaven, I shall not go”. Twain supposedly smoked 22 stogies each day.

Al Capone, the famous gangster from the 1920s, was another well-known cigar smoker. After being picked up for bootlegging, gambling, and tax evasion in the 1930s, Capone enjoyed one last cigar before heading off to jail.

Even in its early history, there were several different types of cigars. One of the most popular in the 1800s was the Figurado. They had an irregular shape that made them unusual and unique. They were also very expensive to produce and even more expensive to buy. You can still find Figurado cigars if you’re collecting memorabilia. Look for Presidente, Toscano, and Torpedo.

Another popular cigar from the 1800s was the Parejo. Its long cylinder shape was similar to what the Mayan Indians created. There are several different types of Parejo – Carlota, Corona, and the Toro. There are also some that are named after important men who were avid cigar smokers – Lonsdale, Churchill, and Rothschild.

Next time you enjoy your after-dinner cigar, remember there’s a lot of history to this longstanding ritual.